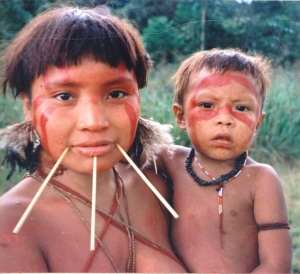 In a spacious, art-filled apartment in Brasília, 75-year-old Sydney Possuelo takes a seat near a large portrait of his younger self. On the canvas, Possuelo stares with calm assurance from the stern of an Amazon riverboat, every bit the famous sertanista, or Amazon frontiersman, that he once was. But on this late February morning, that confidence is nowhere to be seen. Possuelo, now sporting a beard neatly trimmed for city life, seethes with anger over the dangers now threatening the Amazon’s isolated tribespeople. “These are the last few groups of humans who are really free,” he says. “But we will kill them.” Read more